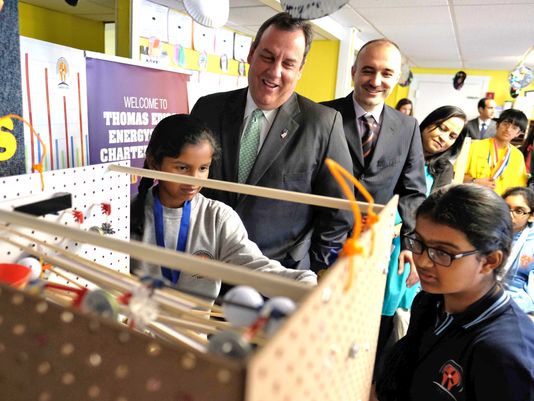 TEECS is a tuition-free K-7 charter school that will be relocating this fall to a new facility on Pierce Street in Somerset. It is the first school in New Jersey offering a green/renewable energy-focused curriculum. TEECS has an enrollment of 336 students that is expected to grow by 27 percent to 426 students in the upcoming school year, as it adds an eighth-grade class.

Charter schools have grown significantly across New Jersey during Christie’s administration, with charter school enrollment nearly doubling from 21,687 students in the 2009-10 school year to more than 40,000 in the 2014-15 school year. By 2017, there will be over 50,000 authorized charter seats in New Jersey, as the governor remains devoted to aggressively prioritizing regulatory relief for charter schools.

In his proposed Fiscal Year 2017 State Budget, Christie has, for the third consecutive year, proposed a record-high investment in K-12 public schools of more than $13 billion, including funds that will help newly approved charter schools create opportunities for New Jersey’s many at-risk youth in Newark and other urban areas.