In 2016, when TEECS moved to 150 Pierce Street, a portion of the outdoor property was set up to be a soccer field. We chose synthetic turf for the soccer for the many benefits it provides.

·      Prevents Erosion – Turf is efficient at holding on to nutrients such as phosphorus. Turf’s fibrous root system binds the soil together preventing it from being carried off by rains and wind. The blades of grass also slow down rainwater, reducing the amount of soil being carried off by the force of the water.

·      Promotes Safety – turf serves as a barrier to fire damage and is capable of preventing a large fire from spreading out of control. It also deters insect pests such as ticks from invading and rodent pests are typically deterred from crossing large areas of turf. In addition, it is a soft surface for recreational purposes – turf offers a safe, resilient surface for children.

·      Regulates Temperature – Turf is considerably cooler than most other common surfaces, 15 degrees colder than concrete and 30 degrees less than synthetic turf. The process of transpiration has a cooling effect that lowers the temperature of the air around the turf. 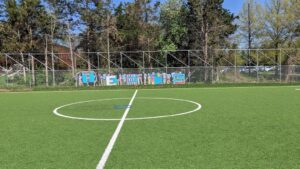 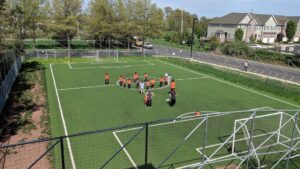